A US-Iran war will surely be a bloody hell during and after the fighting. It's a good thing neither Trump nor Iran's leadership currently wants a conflict. But if they change their minds, only carnage follows.

Lets get that oil. 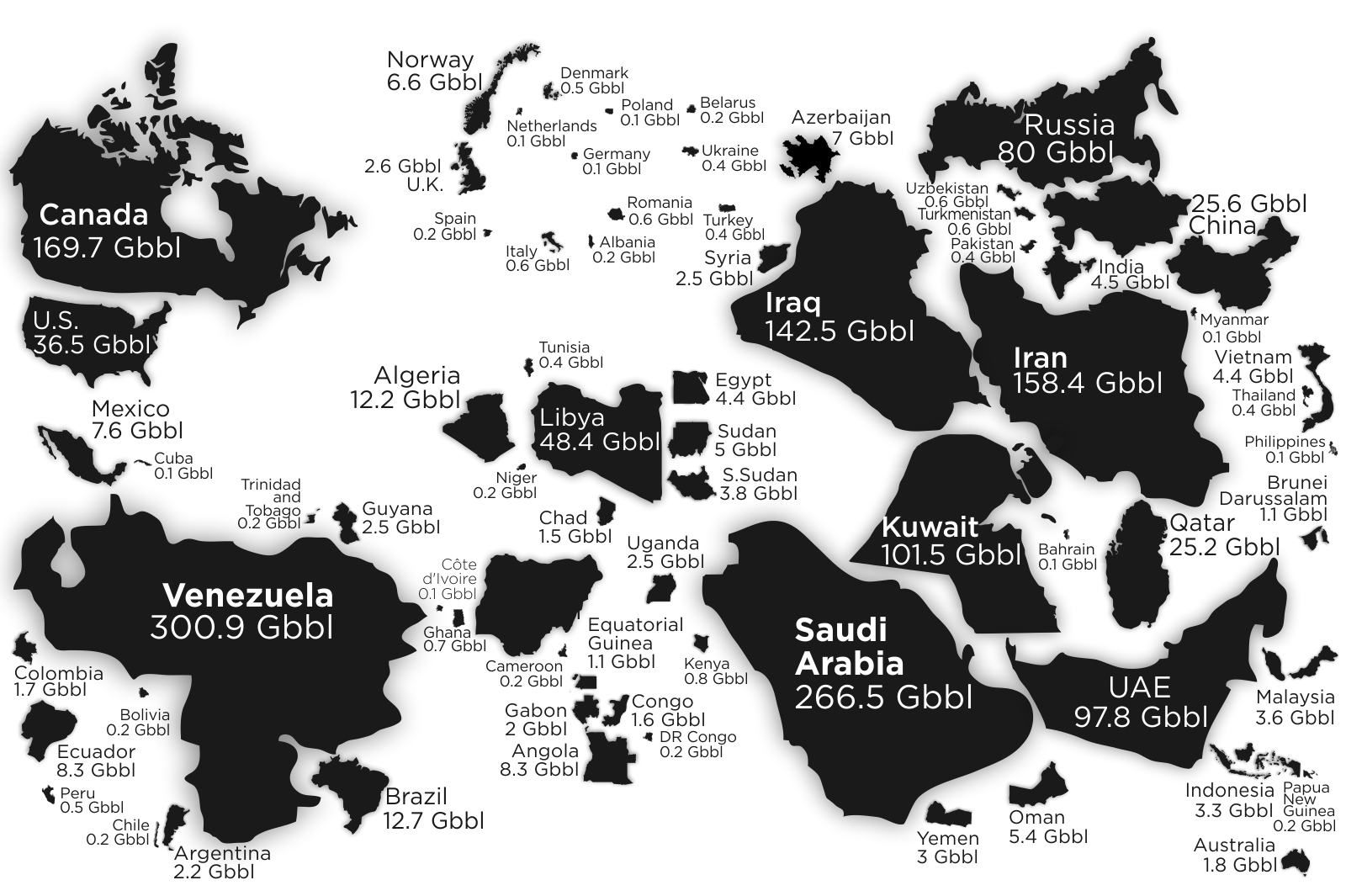 A summit of the national security advisors from the USA, Israël and Russia has been announced in Jerusalem. The aim of this conference is to untangle the imbroglio around the Axis of Resistance, guarantee the security of all the States in the Middle East, and establish a shared suzerainty of the United States and Russia over all the actors, including Israël.

A summit of the three national security advisors from the United States, Israël and Russia will be held in June 2019 in Jerusalem. This unique event has already given rise to numerous « revelations » and « denials » about the subjects which will be discussed. Almost all commentators are spreading erroneous ideas which are then copied in unison. We have to rectify this situation before evaluating what is at stake in the summit.

The game of the major Powers in the region

During the Cold War, the US strategy of containment managed to counter Soviet influence in the Middle East. After the collapse of the USSR, Russia withdrew from the region, and only returned during the Western war against Syria.

Russia has been present in the Levant (except for the period 1991-2011) since Tsarina Catherine II, who, at the request of the inhabitants of the region, sent its Navy to defend Beïrut. Its policy was aimed primarily at protecting the the foundation of Russian culture, the cradle of Christianity (which is in Damascus, not Jerusalem). By doing so, Russia extended its influence in the Eastern Mediterranean and entered into the warm waters of the Indian Ocean.

In 2011, Russia was the only state which distinguished the colour revolutions in the Maghreb (the « Arab Springs ») from the wars against Libya and Syria. The Western powers, who have their own explanation of these events, still have not made the effort to understand their interpretation by Russia. The point here is not to determine who is right and who is wrong – that is another subject ,but to admit that there are two totally different readings of the facts. We should note that the Western powers agree that Moscow has not accepted the way in which they violated the resolution intended to protect the civil populations in Libya. They therefore recognise that it was not the Russians, but Western imperialism which created the problem we are facing today.

On the basis of its own analysis, Russia began to oppose its veto to the Western resolutions concerning Syria at the Security Council. Simultaneously, at the request of Syria, it began negotiations with Damascus with a view to deploying peace-keeping troops from the Collective Security Treaty Organization (CSTO) in Syria. Finally, Washington and Moscow met in Geneva, in presence of the Western powers but the absence of the Middle Eastern actors, to formalise a shared suzerainty over the Middle East. That was in June 2012. The honeymoon lasted no more than a few days. It was destroyed by France, acting on behalf of Secretary of State Hillary Clinton.

Seven years later, Moscow demanded its due. Indeed, it was Russia - not the CSTO – which had deployed its military in Syria and, together with the Syrian Arab Army and Hezbollah, had defeated the jihadists – and absolutely not Washington and its allies who, on the contrary, had armed them . Russia claimed its part from Jerusalem, because a million Russian- speakers are Israëli citizens, and because one of them, Avigdor Lieberman, has recently caused the fall of Netanyahu’s government - twice .

This evolution is difficult to admit for those who are still thinking in terms of the US/Israëli alliance which characterised the Bush Jr. era. Nonetheless, since the defeat of Daesh, the Israëli authorities have visited Moscow much more frequently than Washington.

The game of the regional powers facing Israël

It is accepted as self-evident that the forces of the « Axis of Resistance » (Palestine-Lebanon-Syria-Iraq-Iran) are determined to annihilate the Israëlis just as the Nazis were committed to destroying the Jews. This is a grotesque mash-up of copy and paste.

In reality, Hezbollah was originally a network of Chiite Resistance to the Israëli occupation of Lebanon. It was at first armed by Syria, then, after the withdrawal of the Syrian peace force from Lebanon, by Iran. Its objective was never to « push the Jews into the sea », but on the contrary, it has never ceased to affirm its intention of establishing equality for all according to the Law. The Israëli occupation of Lebanon was a reality that massively surpassed the intentions of the Israëli government, which was overtaken by General Ariel Sharon’s initiative to seize Beïrut. It was also due to the Collaboration between the Christian militias and the Lebanese Druzes, including those of Samir Geagea and Walid Joumblatt.

In the same way, Syria reacted to Israëli expansionism first of all by defending itself, then by moving to support the Palestinian populations. This was perfectly legitimate, given that what are now Palestine and Syria formed a single political entity before the First World . No-one, not even the United States, denies that for seventy years, Israël has been stealing land from its neighbours, and continues to do so.

From the beginning of the Cold War, the United States, busy with their policy of containment of the Soviets, were perfectly aware of this Israëli expansionism which upset the stability of the region. They armed Syria so that it could resist Israël – not attack it - and also armed other forces, including Iraq [5] . It was Secretary of State John Foster Dulles, and no-one else, who created the « Axis of Resistance ». In this way, he guaranteed that Syria and Iraq would not turn to the USSR in order to defend themselves and to obtain its military assistance.

The Dwight Eisenhower administration knew that Israël was the fruit of the wishes of Woodrow Wilson and David Lloyd George [6], but he considered it to be a crazy horse which had to be both protected and controlled.

Washington therefore allied itself with the British ideas: the Military Assistance Programme between Damascus and Teheran, then, in 1958, the Baghdad Pact which enabled the creation of CenTO (the regional equivalent of NATO). The context has changed, the actors have changed, but the motives remain the same.

The case of Iran is the main problem today. Indeed, the majority of its leaders do not approach this question from a political point of view, but from a religious standpoint. A Chiite prophecy assures that the Jews will reform a state in Palestine, but that it will quickly be destroyed. The Supreme Leader of the Islamic Revolution, Ayatollah Ali Khamenei, holds this text to be canon law. He follows the countdown, and has affirmed that Israël will have disappeared within six years (in 2025).

The growing tension of positions, in Iran concerning this prophecy, and in Israël concerning the « Basic Law: Israel as the Nation-State of the Jewish People » (2018), is the source of the continuation of this conflict, which could be unblocked with a minimum of intelligence. This is what Donald Trump and Jared Kushner tried to do, and it is here that they failed: while economic development might do away with the question of reparations, no progress could be possible without the evolution of the world visions professed by the Jews, the Arabs and the Persians.

What is the « Axis of Resistance »?


The religious leaders of Iran often use the expression « Axis of Resistance » to designate the alliance against Israël. Yet there exists no treaty formalising this axis. The leaders have never held a summit to discuss it.

Since the US invasion of Iraq, in 2003, the forces of this Axis have slowly split apart so that today, their internal conflicts have become more important than their exterior combat.

In 2003, the chief Iraqi Chiite leader, Mohammad Sadeq al-Sadr, was assassinated. Rightly or wrongly, his followers believed that the Grand Ayatollah Ali al-Sistani was responsible. al-Sistani is an Iranian living in Iraq, from whence he directs Chiite seminars. Progressively, the Iraqi Chiite community has become divided between al-Sistani’s pro-Iranians and the pro-Arabs of the dead man’s son, Moqtada al-Sadr, who successively broke with Damascus, then with Teheran in 2017, and then went to Riyadh to side with Prince Mohamed ben Salmane.

In 2006, profiting from its victory during the legislative elections in the Palestinian Territories, Hamas carried off a coup d’état against the Fatah, and proclaimed that it was autonomous in the Gaza Strip [7]. In 2012, its political directors, who were living in exile in Damascus, suddenly moved to Doha, while Qatar was financing the jihadists against Syria. Hamas declared itself to be the « Palestinian Branch of the Muslim Brotherhood », a political party which is forbidden in Syria. Its men and agents of the Israëli Mossad entered the Syrian city of Yarmouk in order to assassinate their Marxist rivals of the Popular Front for the Liberation of Palestine – General Command. The Syrian army encircled the town, and Palestinian President Mahmoud Abbas assured them of his support.

It is absurd for the Western powers to seek to destroy the « Axis of Resistance », which they wanted and created, if only because they have lost control of it. All they need to do is wait, it will collapse on its own.

The Iranians are faithful friends, but they have a cultural tendency to drag their friends into their own affairs. The Syrians have never expelled the Iranians, who protect them from Israëli expansionism, and to whom they owe their resistance at the start of the war (2011-14). But if the Iranians were truly the friends of the Syrians, they would operate a military withdrawal from the country, leaving it to Russia, so that the United States could recognise the legitimacy of Bachar el-Assad’s government. Instead of which, they are using the presence of their troops to provoke Israël and fire rockets from Syria on Israëli territory.

Bolton is persuaded of the ontological superiority of his country over all others. He acquired his experience of international relations during the disarmament negotiations, and above all, while he was the ambassador to the Security Council (2005-06). Although he can sometimes adopt flamboyant initiatives, he is quite capable of stepping back when he thinks he is wrong. It is in fact because he has this capacity of assuming personal responsibility for the errors of his side that President Trump has maintained him in this function.

Meir Ben-Shabbat is a man of faith, persuaded, in his case, that he belongs to a chosen but cursed people. He is not a diplomat, but an expert in counter-espionage. However, when he directed the Shin Bet, he showed genuine finesse in fighting Hamas, manipulating it, and finally negotiating with it. His excellent knowledge of the multiple forces in the Middle East enables him to understand instantly what can last and what will fade away.

Finally, Nikolaï Patrouchev is a lord of the superior Russian public civil service. Of the three advisors, he is without doubt the man who has the clearest view of the world chess-board. When he succeeded Vladimir Putin at the head of the FSB, he had to face up to attempts by the United States and Israël to steal his directors. In the end, though, after years of turbulence, he was able to regain control over the FSB machine. He then had to handle the destabilisation of Ukraine by the United States and the European Union, which was finally terminated by the adhesion of Crimea to the Russian Federation. He will not be negotiating one dossier against another, but on the contrary, will take care that all the decisions taken will be coherent.

These three strategies will have to define the boundaries of a new deal which will thereafter be negotiated by diplomats. Their role is to imagine a viable long-term agreement, while the role of the diplomats will be to compensate the losses of the vanquished in order to make this agreement acceptable for them.